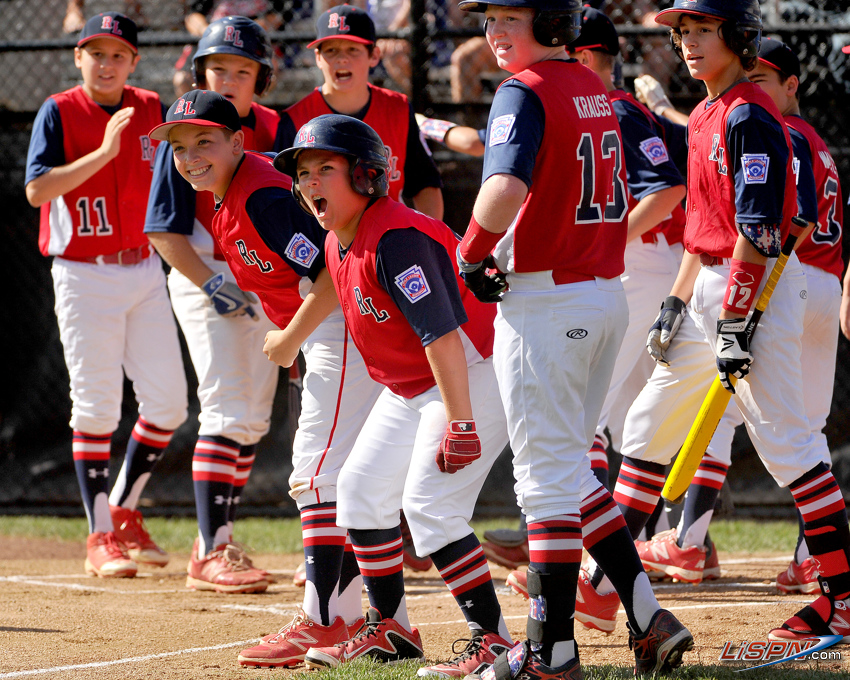 Just finished up the second leg of our regional shooting with the Eastern Region Little League Baseball Tournament. We experienced some of the best weather for baseball since we started shooting the regional tournaments in 2005

In the Mid-Atlantic bracket, the team from Red Line LL, Pennsylvania lived up to the hype of being an offensive force to be reckoned with. Their “smash zone” philosophy of hitting allowed their team to put up some impressive power numbers. Staying atop of the winners bracket, they defeated Jackson, New Jersey 12-0 in the Mid-Atlantic Championship. They will be representing the region in the Little League World Series.

Despite losing to Connecticut in the opening round, Cranston Western LL from Cranston, RI came out of the loser’s bracket to defeat New Hampshire in the final game. Perhaps the best game of the tournament, came between the rematch of RI and CT on Friday morning. Deadlocked 2-2 going into the 7th inning, David Marchetti connected on a 3-2 fastball for his second HR of the game. Initially ruled a double, the umpires held a meeting at the mound and determined the ball hit the light pole and awarded Marchetti a HR ending the game.

From that point on, it seemed that RI was a magic carpet ride. They defeated Vermont 7-1 in the loser’s bracket final and went onto beat the favorite, Bedford, NH 10-4 who had not lost a game in the tournament. Rhode Island will represent the New England Region in the Little League World Series which will start on Thursday, August 20th.

Here are some of the highlights this past week. As usual, it was a blast to shoot!