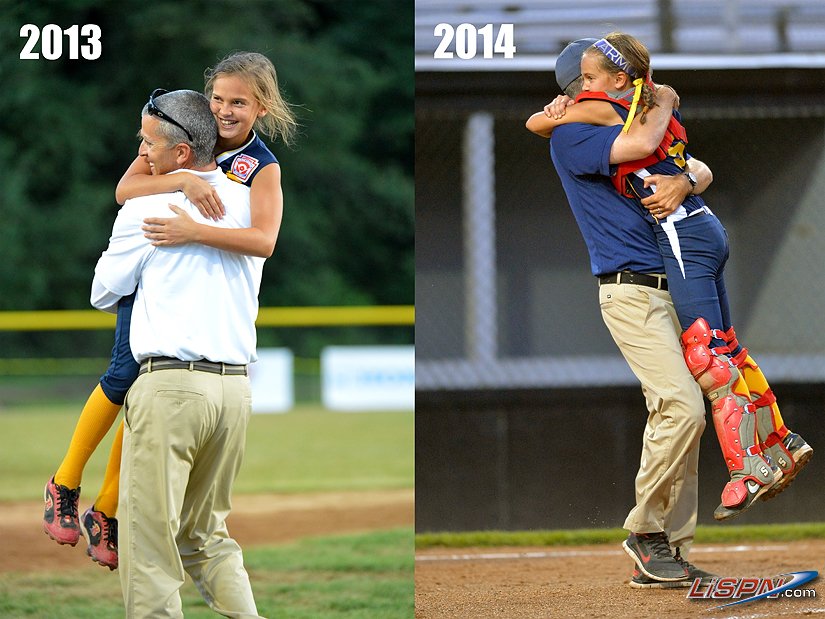 NJ Repeats! For the second year in a row, the girls from Robbinsville Little League will represent the East Region in the Little League Softball World Series in Portland, Oregon. Returning battery mates, Mackenzie Medders and catcher, Shea Walsh held the opposition from Exton, PA to two runs in securing the 3-2 victory. For two years in a row, manager, Mark Walsh celebrates the victory by embracing his daughter, Shea, after another stellar tournament behind the plate.

Here are some other highlights from the week in Bristol!